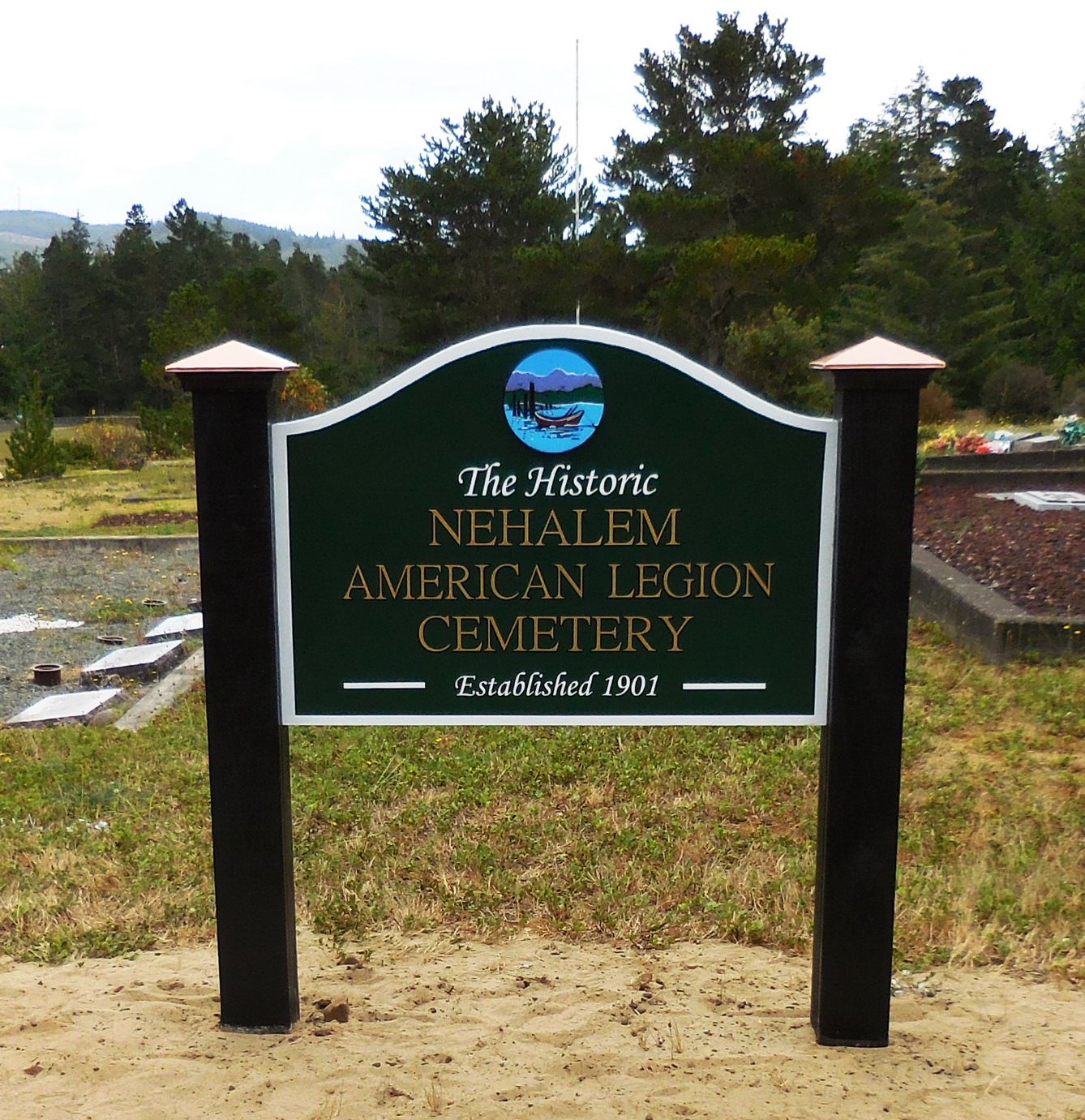 William Armstrong, an early pioneer, homesteaded the area West of Nehalem in the late 1800’s. It is not known how a section of his homestead began to be used as a cemetery, but by 1901 when he deeded the area to The Fraternal Union of America Cemetery Associations, Nehalem Lodge #199; there were already several graves there.

The Tohl family of Nehalem, had been using the area since Peter Tohl died in 1885. Herman Tohl was buried there in 1890, an infant Tohl in 1891 and Annie, daughter of William and Minnie Tohl in 1900. Others, like Emma Zimmerman [teenage daughter of Wilhelm and Albertina Zimmerman who homesteaded what would become Wheeler] died in 1898, Esther Crawford in 1889, and G.W. Steinhauer in 1899. There may be others from that time, but there are no records for them.

The Fraternal Union of America Cemetery Associations, Nehalem Lodge #199 did not long survive and the local Knights of Pythias Lodge members assumed the responsibility of running, record keeping, and maintenance of the cemetery through the 1920’s, 30’s & 40’s. The Pythians grew smaller in number over time and in 1956, the records and deeds were turned over to the American Legion, Neill Walker Post #126. Additional acreage was purchased and many improvements were made throughout the 1960’s, 70’s & 80’s.

The cemetery is located at 10755 Necarney City Rd. about two miles west of Nehalem Oregon, off Highway 101.

For information about the cemetery, or burial there, please contact: